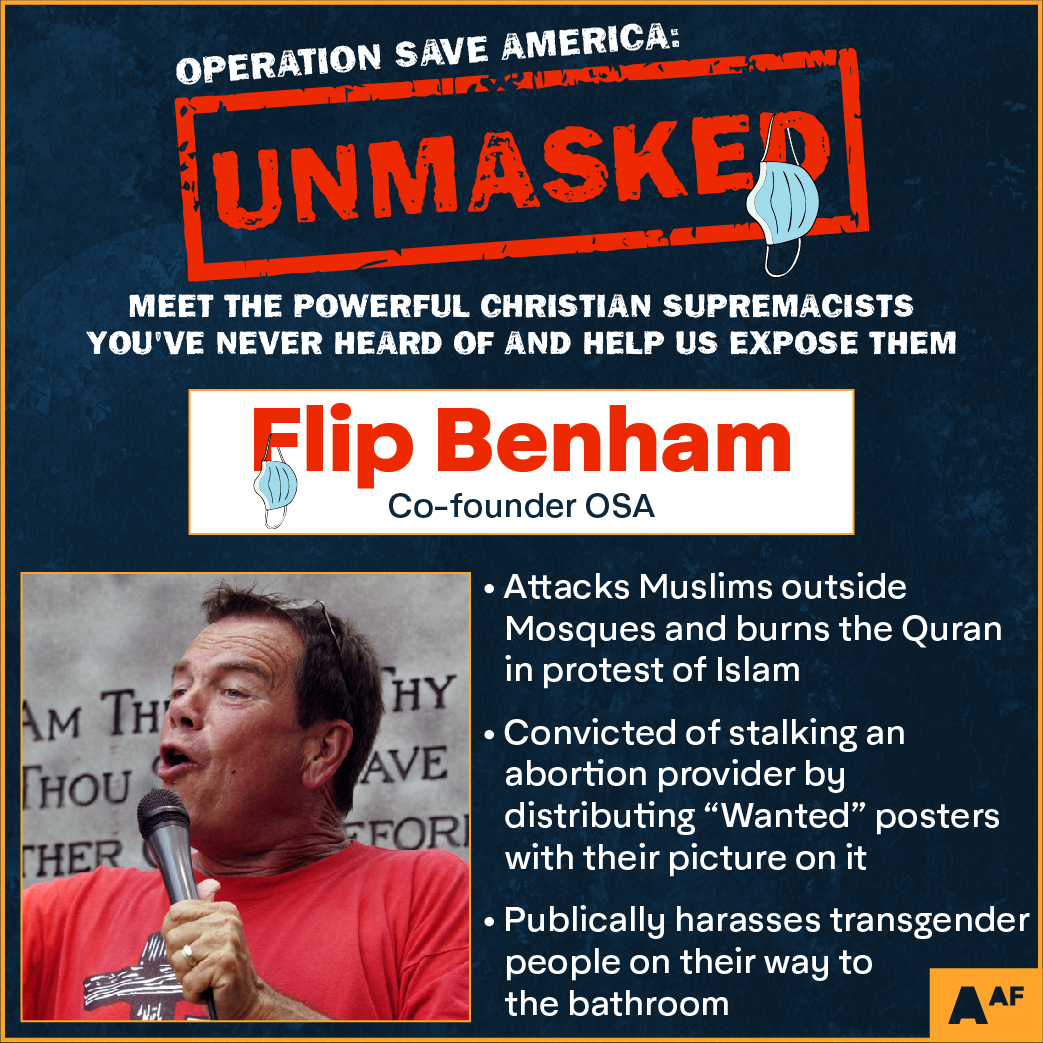 You might know Flip from his greatest hits like standing in front of abortion clinics in this Zorro mask, because decency is a joke to him or getting arrested for threatening patients and pretending it’s a free speech thing.

Flip got some of the attention he craves this year when the #AKAJaneRoe documentary came out and exposed that the anti-abortion a-holes, Flip included, had paid Norma McCorvey to lie about her “conversion” to the anti-abortion side. He showed no remorse.

Flip’s two sons, the Benham bros, we were SO unpleasant and anti-gay that they lost their HGTV show before it even started. Here’s an article about how put upon they are. This crew never misses a chance to play the victim.

Now the bros are working with dear old dad at Love Life, so in a way, we all lost. Love Life (not the Anna Kendrick show) has the goal of “Mobilizing a Christian witness at every abortion center across America.” You know, harassing patients outside of clinics. Same old thing, new not SEO-friendly name!

Love Life doesn’t really tweet, but it does associate with lots of churches. Here are a few: @carmelbaptist,  @lifecharlotte, @steele_creek, @TheRefugeNet, @fbcindiantrail, @ElevationChurch. Is this the kinda “Christian” message y’all want your church to stand for?

Also props to our friends at @CLT4Choice who have been going hard against Flip all week!