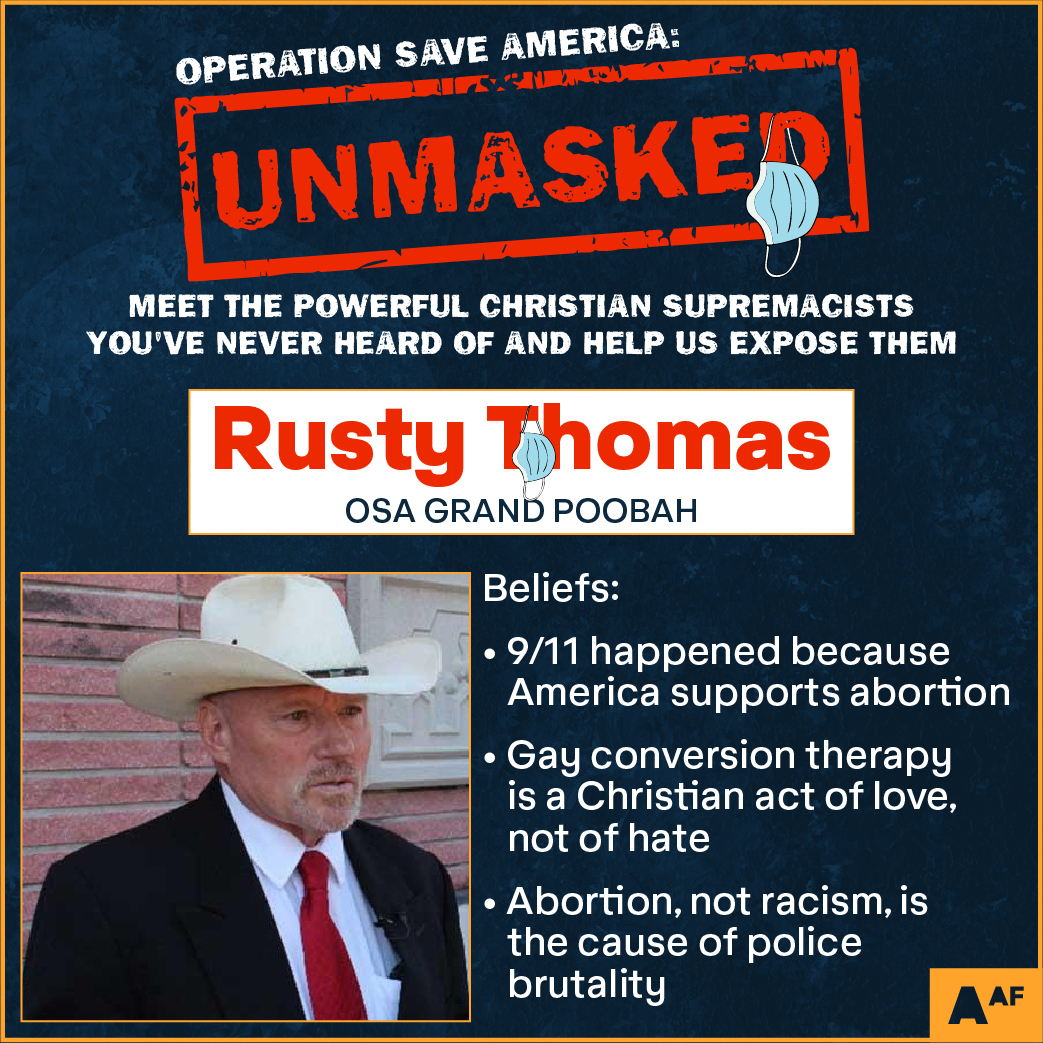 Welcome to our big week of action for #OSAUnmasked. We’ve already introduced you to Operation Save America. Now it’s time to meet some key players on their team of haters!

Here’s Rusty in his own words! He pretends to be sweet and soft-spoken and reasonable, but says the most bigoted and offensive things imaginable.

Rusty’s book “Abortion Violation: America's Premier National Security Issue,” has zero Amazon reviews, but Rusty sure has some of his own reviews for “homosexuality”! Every quote is like this.

The word “holocaust” appears in Rusty’s book 25 times. Not the *actual* Holocaust, but what he calls the “American holocaust” of abortion. If you’re shocked when a state senator says that, don’t be. It’s a mainstream anti-abortion talking point.

By the way, for funsies you should know Rusty is a CLASSICALLY TRAINED ACTOR. Maybe that’s why he wears those hats all the time, he’s playing the role of the rugged cowboy when he’s really just a bigot!

We’ll leave you with this Rusty quote: “You preach that abortion is murder. But son, you do not live like people are dying.” They treat everything with urgency, so we urgently need YOU to help us UNMASK them!