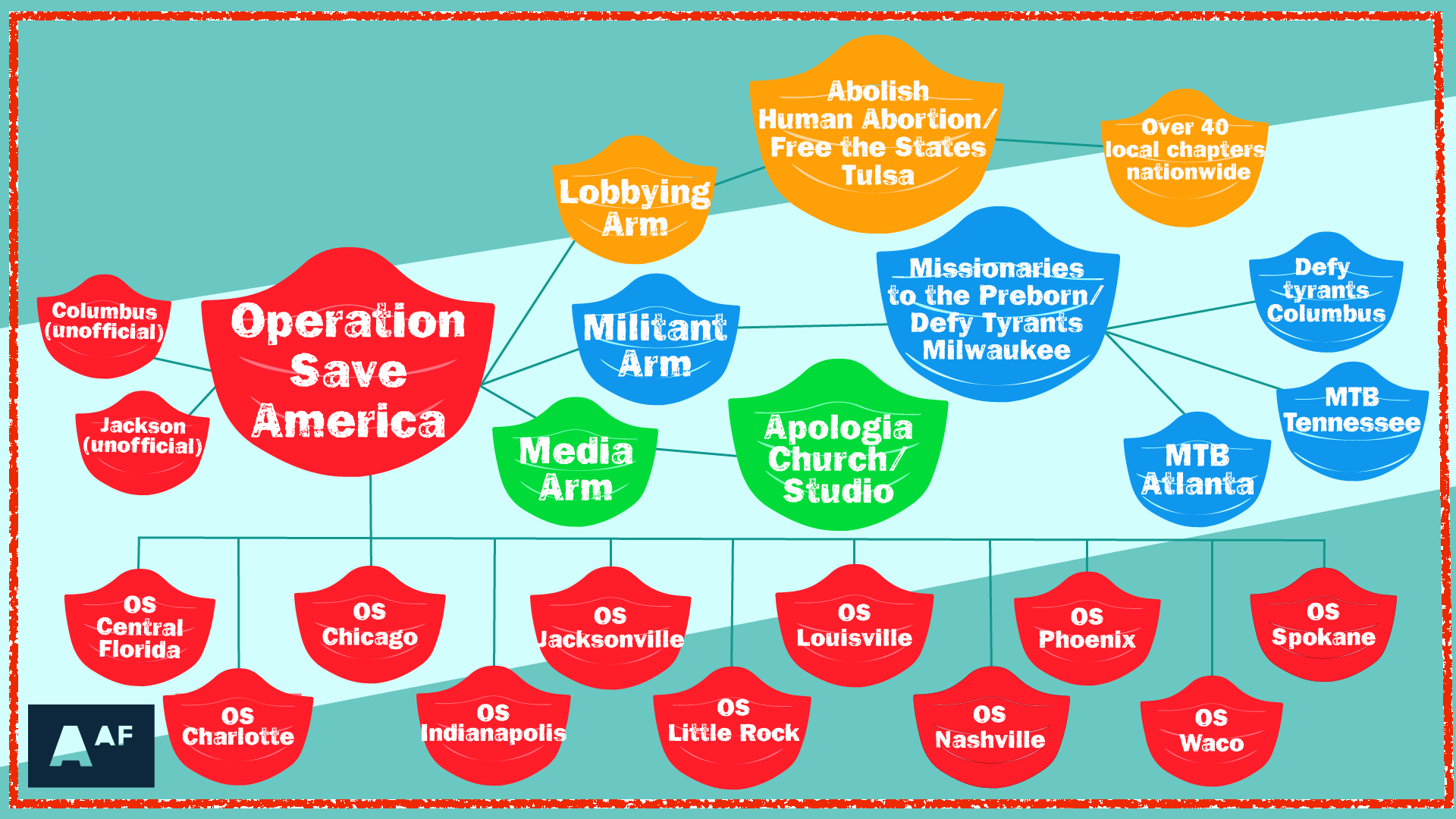 Welcome to OSAunmasked! Let’s talk about Operation Save America, the most influential anti-abortion group you’ve never heard of!

Its mission is to:

And we’re just getting started.

Some history: OSA started as Operation Rescue and became infamous when they blockaded outside of a Kansas clinic for weeks in 1991. Imagine facing this kinda nightmare when trying to access BASIC HEALTHCARE

Since then they’ve grown and gotten a new, dumber name, but the hate remains the same. Now, each summer they hold a jam-packed propaganda-palooza, descending upon a single city and hosting a week of anti-abortion hootenannies.

This year, they’re taking it ONLINE, because of the pandemic (that their leaders don’t all quite believe is real). The shindig is called “Defending the Fatherless” this year. Father is a funny way of saying “Guy who couldn’t pull out in time. So anyway,  WHY SHOULD YOU CARE?

Because they harass patients outside of clinics daily, they lobby politicians, they blog and vlog and podcast their anti-abortion, Christian supremacist message, but they’re not household names.

And look, we don’t want them to become famous, but abortion rights are in serious jeopardy. We wish these walking nightmares were just “fringe,” but in real life they’re influencing people writing laws to block access for vulnerable people.

They believe Roe should be ignored (kinda like the politicians who pass 6-week bans) and they believe women making their own choices are VERY BAD. (SCOTUS just said Jesus Chicken Inc. should be able to make people’s “moral” birth control choices for them!).

OSA members have harassed trans kids, they think LGBTQs should be oppressed, and Islam should be eradicated. And again, these people are outside clinics harassing patients WEEKLY!

It’s time to UNMASK just how monstrous these people are. We’re gonna introduce you to their key players all week, expose their hypocrisy, and tell it to the whole world!